I have always been captivated by medieval bestiaries ever since I was introduced to them through T.H. White’s delightful “The Once and Future King”. While they read like mythology they are actually early and extremely fanciful attempts at natural history. We might look on them with amused indulgence through the lens of what we consider our ‘scientific’ view, but I wonder what scientists 1000 years from now will think of our grasp of natural history?

This piece is part of a series I did based on pictures from the Aberdeen Bestiary
This is what it has to say about ravens/crows:
The raven gets its name, corvus or corax, from the sound it makes in its throat, because it utters a croak.
It is said that when its young have been hatched, this bird does not feed them fully until it sees that they have black feathers similar to its own. But after it has seen that they are of dark plumage, and has recognised them as of its own species, it feeds them more generously.
When this bird feeds off corpses, it goes for the eyes first.
In the Scriptures, the raven is perceived in a variety of ways; it is sometimes taken to mean a preacher, sometimes a sinner, sometimes the Devil.
Soothsayers believe the crow can foretell the future. The crow looks after its young attentively, unlike humans who may even refuse to breast feed. 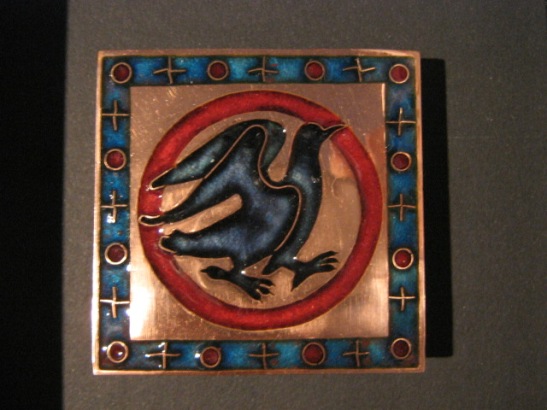 Other pieces from the series: lion, goat, dogs, eagle. 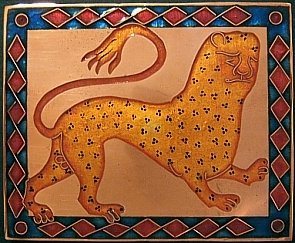 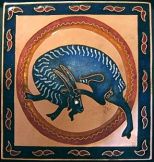 This entry was posted on August 1, 2013 by imagocorvi in champleve, history, mythology and tagged bestiary, copper, crow, enamel, medieval, raven.